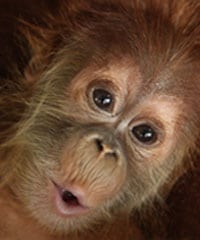 The world’s finest cinnamon grows on the sides of volcanoes along the equator. Cinnamon trees flourish in the heat and love the volcanic soil. Our trees grow for 15 years – which produces a super oily cinnamon bark. The bark is harvested, sun dried and ground slowly to produce a lush, flavorful spice. There is no other cinnamon like this in the world. We fell in love with this cinnamon so much so that we formed a company around it.

It turns out that this same area produces an amazing turmeric! Indonesian turmeric is floral and high in curcumin. We test every batch for heavy metals.

After 7 years, we finally discovered a Ceylon cinnamon from Sri Lanka that we are proud to put our name on – we call it our Ceylon Reserve Cinnamon.

The other spice we offer is an organic ginger from India – just to round out the offering.

We only do these 4 spices. We do them well. They will always come from the same source. Customers notice a big difference.

Please call us at 855-RED-APE1 or email us anytime info@redapecinnamon.com