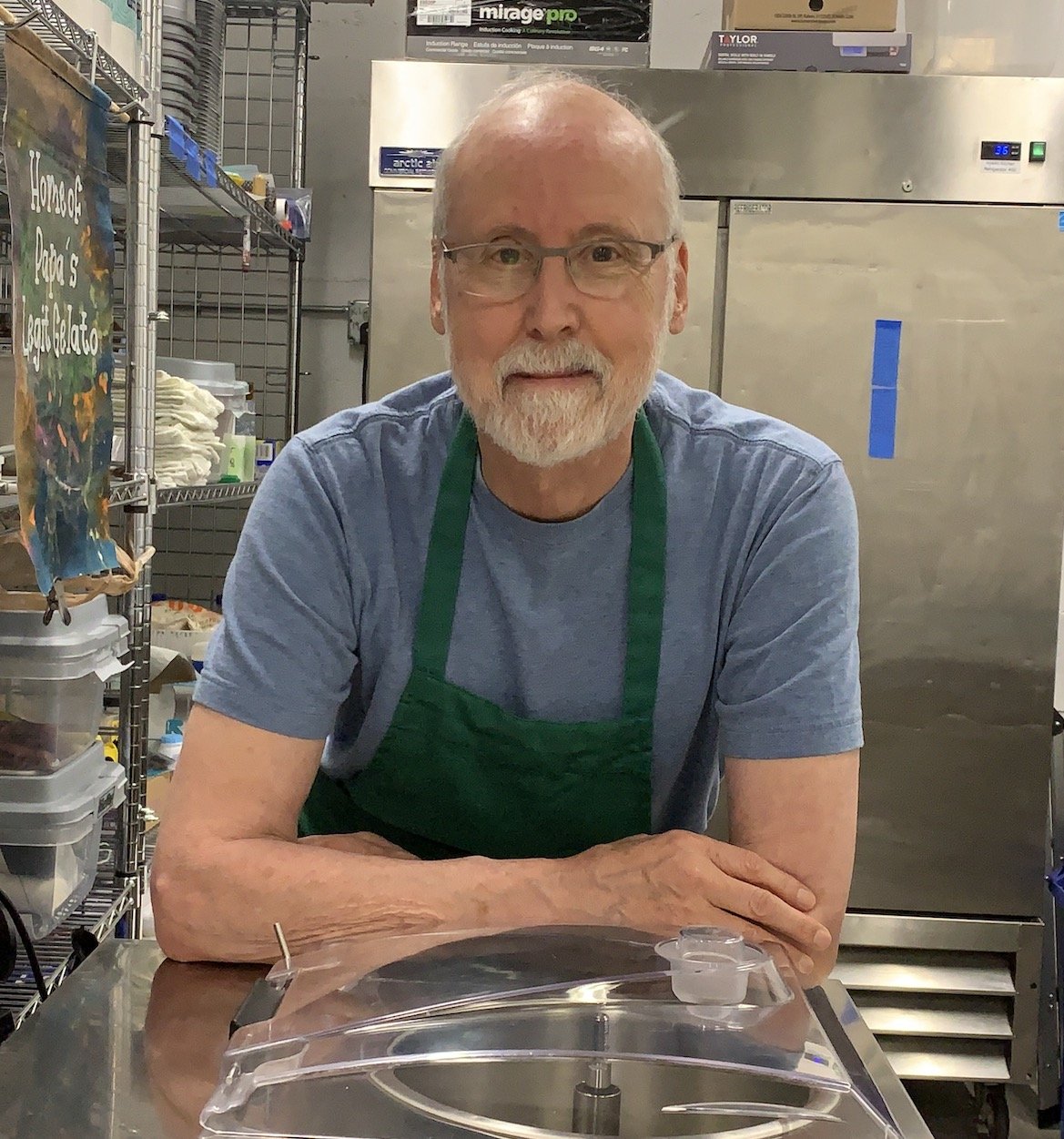 Why did you decide to get started in this industry?

Legit Gelato was “created” in 2010 during a family trip to Italy. My adult kids asked me “what’s next?” knowing that their dad was a “creator” and that I was going to be retiring from my medical career in a couple of years. We were eating gelato twice or more times a day. So my kids suggested I open a Gelateria in Colorado Springs. Sounded good to me and a direction I could put my passion – even though I knew nothing about the culinary arts at the time let alone the world of gelato. I like challenges and change. I am a good student. I really love gelato. So, “why not?”

We all discussed what it would look like from our experience of the diverse Gelateria we sampled on our trip: truly traditional Italian in creation and experience, artisanal, fresh flavors from vibrant, curated ingredients via fair-traded sources. We would create small batches from scratch. I would function as owner/chef – no employees in the short term to maintain quality and develop production processes. To this day, I remain in that one-person-who-does-it-all role. I live a complex experience that was not foreseen during that first planning – clearly. Regardless, the excitement of creating a new flavor or just sampling the results of a gelato run, has not faded.

I am sensitive to stabilizers and preservatives often found as gums in commercial ice cream and gelato. So, we would not include any such ingredients or artificial anything. We would create a truly healthy food – even if it was a dessert (though it makes a great breakfast by itself, in my experience). In the 1980s Häagen-Dazs created an ice cream with only five ingredients that were fabulous, in my opinion, so why not gelato; why not a legitimate Italian gelato. And, that remains our mantra – only five ingredients: milk, cream, egg yolks, sugar and flavoring. Where we can, we pursue ingredients that are certified organic as a clean product that is free of GMOs, herbicides and insecticides. We are gluten free. And, we are applying our mantra to creating plant-based gelato. Where ingredients are not certified organic, we seek the details from the source to our kitchen.

We sought Italian quality, service and decor – a legit Italian experience. So, Legit Gelato as name and concept was born. Upon returning home, I secured the Web address legitgelato.com. Other community projects delayed our opening while my education on the creation of gelato continued. Commitment to a residential gelato machine yielded testing of gelato recipes with success. In 2013 I opened @legitgelato on Instagram with a first image from my home experimental kitchen.

As we geared up for retail, I saw that “legit gelato” show up with a vendor in another state, so I added Colorado to our name to clarify our origin. While trademarked as Legit Gelato in Colorado, I formally registered Legit Gelato Colorado with the United States Patent and Trademark Office.

With the discovery of the perfect dark chocolate, the selection of flavors expanded over a two-year period.  It took two years to find the right pistachio butter for Pistachio Gelato. The same was true for our Vanilla Bean Gelato. I continued to curate ingredient sources and experiment with flavors – which led to me to Red Ape while on the pursuit of truly bold Cinnamon Gelato (I am a fan of cinnamon gelato for apple pie a la mode).

Legit Gelato Colorado opened its scoop shop at the Pikes Peak Market in Colorado Springs in June 2018 – though we were yet to create our Vanilla Bean Gelato and Pistachio Gelato. Unfortunately, the retail space turned out not to be a good fit. In January 2019 we left the Market to pursue a location in the downtown core or do a mobile unit. My investigations revealed that we did not have the capital to take that direction. I vowed to keep the brand in front of our community. So, I turned to my artist colleagues and Legit Gelato Colorado showed up at our First Friday Artwalk events – I alternated monthly between two art galleries in Downtown Colorado Springs, our Colorado Certified Arts District. I attended our monthly Colorado Art and Farm Markets. I showed up at our semi-annual Vegan Pop-Up Markets put on by JL Fields a local vegan enthusiast. I truly enjoyed scooping gelato for people and sharing the story of our unique gelato. I pursued other collaborations with folks I know to create a small Gelateria in our downtown – none of those efforts were productive.

In July 2019 I broke my ankle. The company was on hold until end-2019. My production commissary kitchen closed it’s doors at end-December that year. So, early January 2020 was our last retail experience. At the same time I became  aware of the potential impact of Coronavirus. My wife and I went into self-isolation. Our vision of scooping gelato had now fully evaporated. I would transition Legit Gelato Colorado into a wholesale company. Scooping gelato would have to wait for other times.

I sought a new, affordable commercial commissary kitchen – a true challenge for a small producer in our community. I reached out to a restauranteur I had known for 25 years to learn if he had space I could use. Yes, he did. Interestingly, he was pursuing an Italian restaurant with the plan of gelato. Could Legit Gelato Colorado be a vendor? Yes, absolutely.

So, another shift. I now equipped a gelato kitchen in this new space. A previously obtained commercial artisanal Italian gelato maker that had been on hold following my ankle break, was moved in and we were off in this new direction. Currently, five restaurants in the Colorado Springs downtown area serve our gelato.

What is your favorite item or flavor to make and why?

My favorite gelato is not a flavor but rather a version of gelato – Stracciatella Gelato.

Stracciatella comes from the Italian word “stracciare” which translates to “tear” or “shred up”. The effect is produced by drizzling melted dark chocolate into the gelato toward the end of the churning process. The melted dark chocolate solidifies immediately upon striking the cold gelato and is then broken up and incorporated into the gelato by the churning gelato-maker blades.

Any advice to new creators?

My kids gave me this as a project that was a “do-to-learn” – meaning: just immerse myself, learn by mistakes, just create! This was in deference to my prior life experience of “learn-to-do”. The underpinning of do-to-learn is passion; knowing that you know how to “make it work” while doing your best to keep self-judgment at bay. And, it pays to have the financial resources to pay the “tuition” of do-to-learn. So, I remain in “classes” and at times, creating the curriculum as I go.

So I would say:

1) Be prepared to evolve and adapt – I was always focused on a small Gelateria or gelato mobile vehicle. Not the current plan; not on the horizon, but not ruled out in the future. It’s the old “gotta go with the flow” and see what opportunities arise. So, we are wholesale at this time getting to know chefs and restauranteurs in downtown Colorado Springs – such fabulous people.

2) Feel safe relying on your intuition – it will not fail you in the long term. Of course, the short term can be a rather bumpy ride.

3) Be prepared to fail whether it is a recipe, an event or even the whole company configuration – then stand by to see where you take it next. 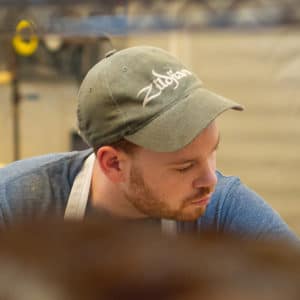 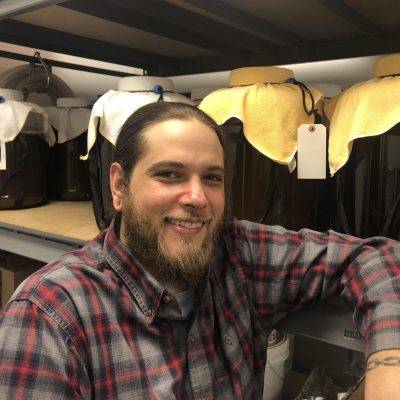 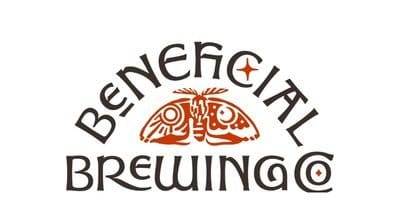